Sukolilo Sub-District is recorded to have a high case of open defecation; with as much as 496 household categorized as doing such. The highest number of households that does not have decent toilet is in Kelurahan Keputih (259 households). This means that Sukolilo Sub-District has not meet the medium-term national program (RPJMN 2015-2019) which require 100% access to safe drinking water, 0% slump area, and 100% sanitation service. Based on this fact, ITS community service team initiate an activity in this area in order to improve sanitation condition and environmental quality of Keputih. This community service activity was started by doing social approach to the community. Next steps were socialization and discussion, technological alternative evaluation, and construction steps. Based on field survey, discussion with public figures and community leaders, the communities that were going to receive the aid, and the sanitarian from Community Health Center of Sukolilo Sub-District, it was decided that the appropriate technology to be implemented for healthy toilet aid was modified pit latrine for black water container. Standarized septic tank (based on SNI) was deem socially unapplicable in the area. The aid was given to 20 households in RW 08 Kelurahan Keputih. The construction of the pit latrine directly involved the community members who received the aid. Additionally, a promotion on the impotrance of hygiene and sanitation to the community was also done to complement the healthy toilet aid. Post construction evaluation showed that the community that received the aid gave positive response to the aid and those who have not expecting that they would receive the same aid next year. Based on this, it is recommended to conduct similar activity in the next coming years until Sukolilo reach ODF status. 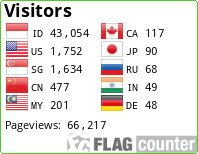